RETOUCH results were announced on Sep 14th, 2017 at a joint OMIA-RETOUCH workshop at MICCAI 2017 in Quebec City, Canada, and are summarized below. The challenge consisted of 70 training datasets (OCT scans with reference annotations) and 42 test datasets (OCT scans, 14 per Cirrus/Spectralis/Topcon device). Eight teams participated in the RETOUCH challenge by submitting the results on the test set and providing a paper describing their algorithm. 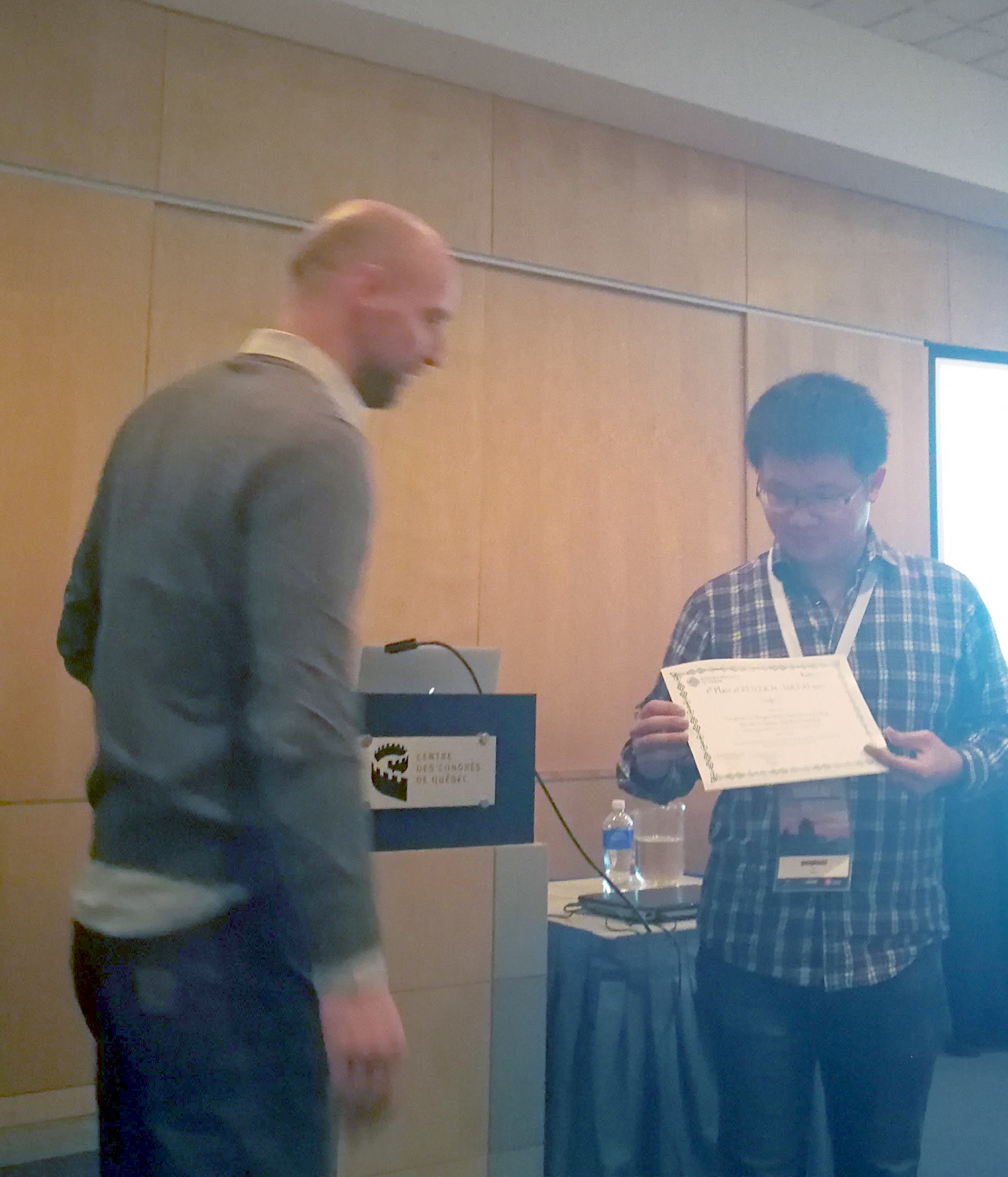 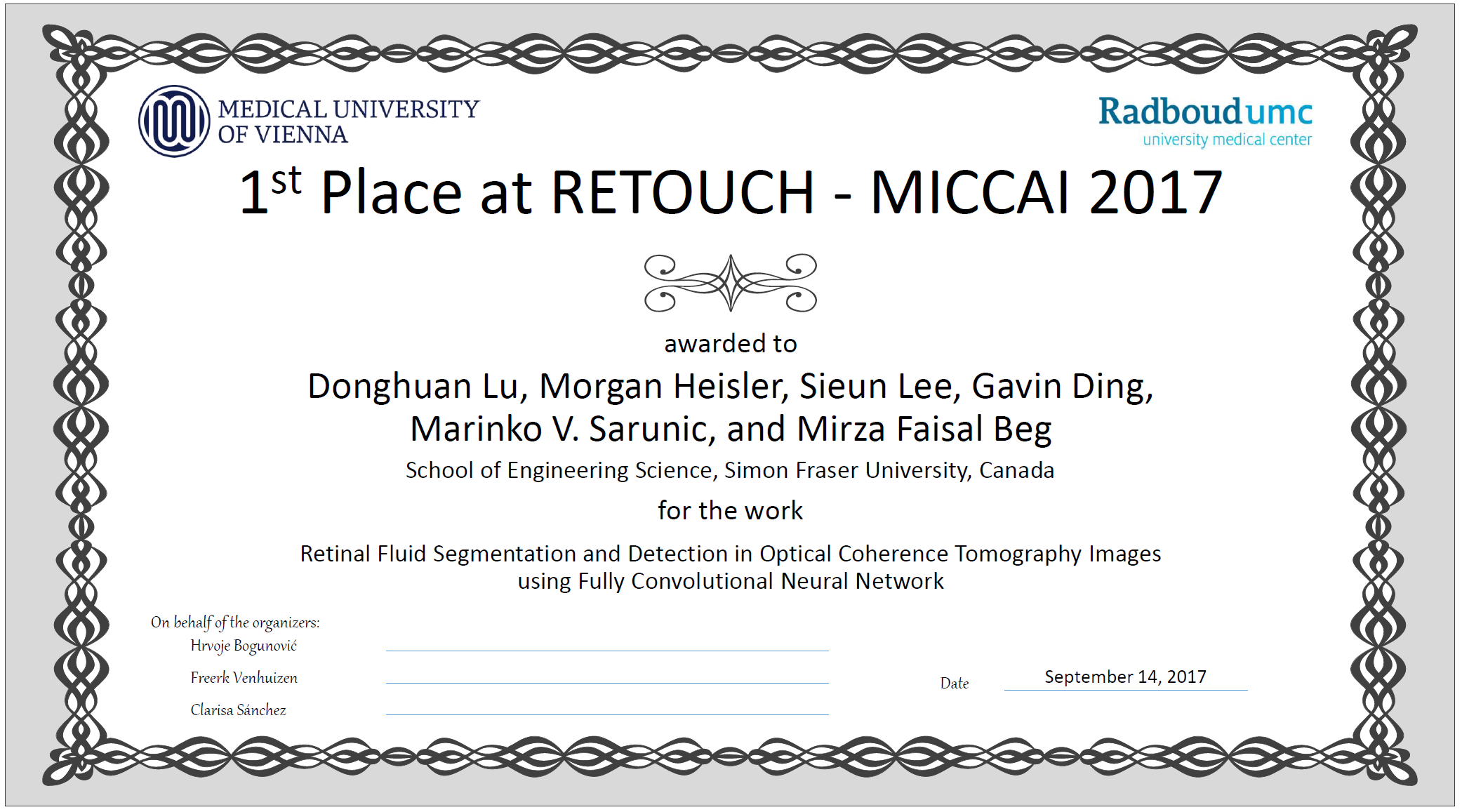 The average rank-score across the two tasks (detection and segmentation) determined the final RETOUCH ranking. In case of a tie, the segmentation performance had the preference. 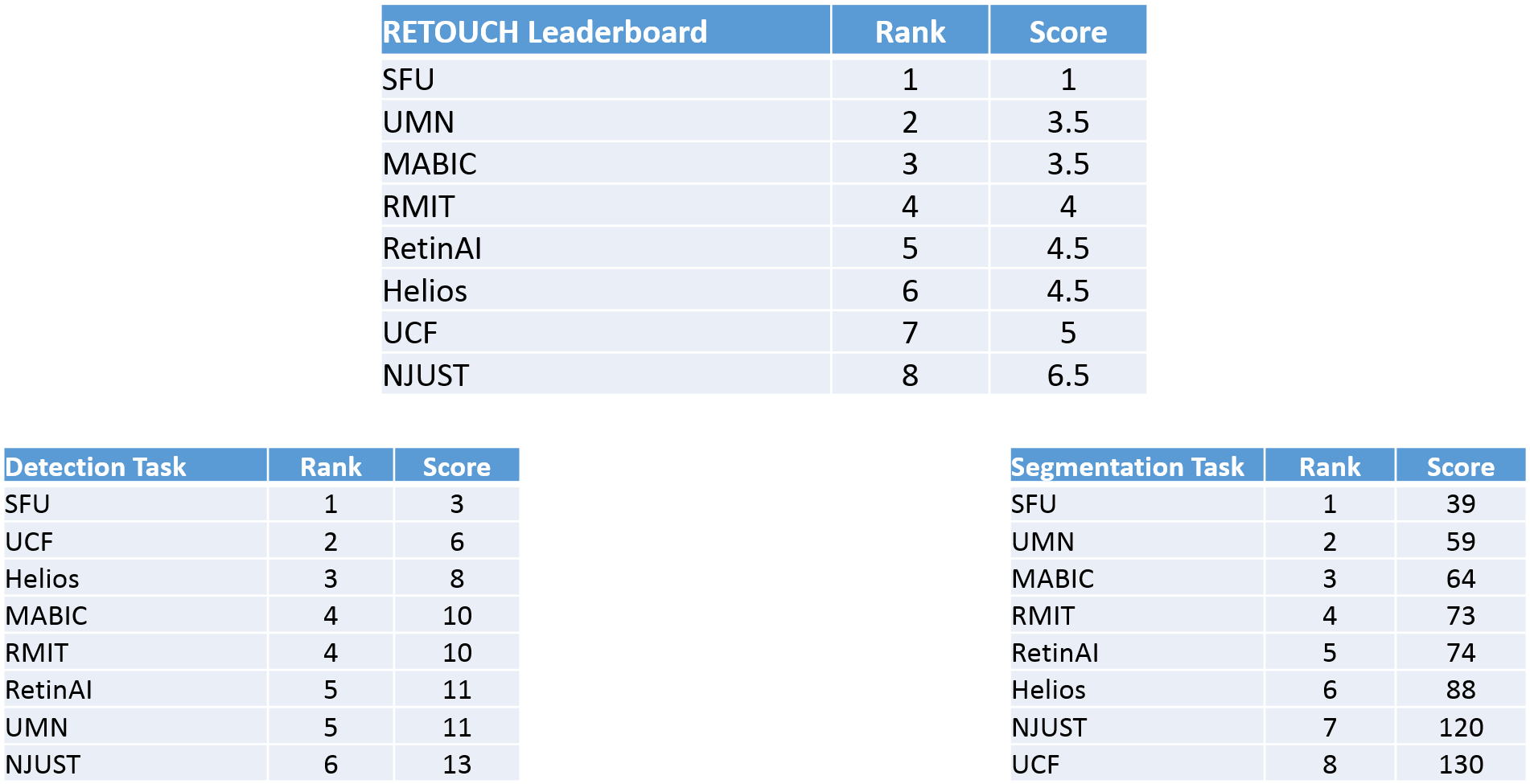 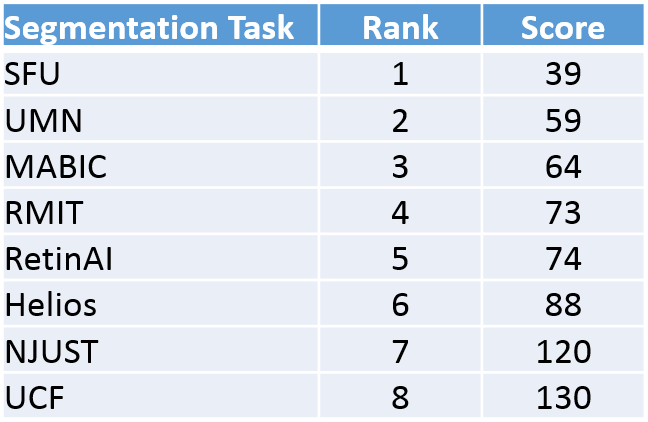 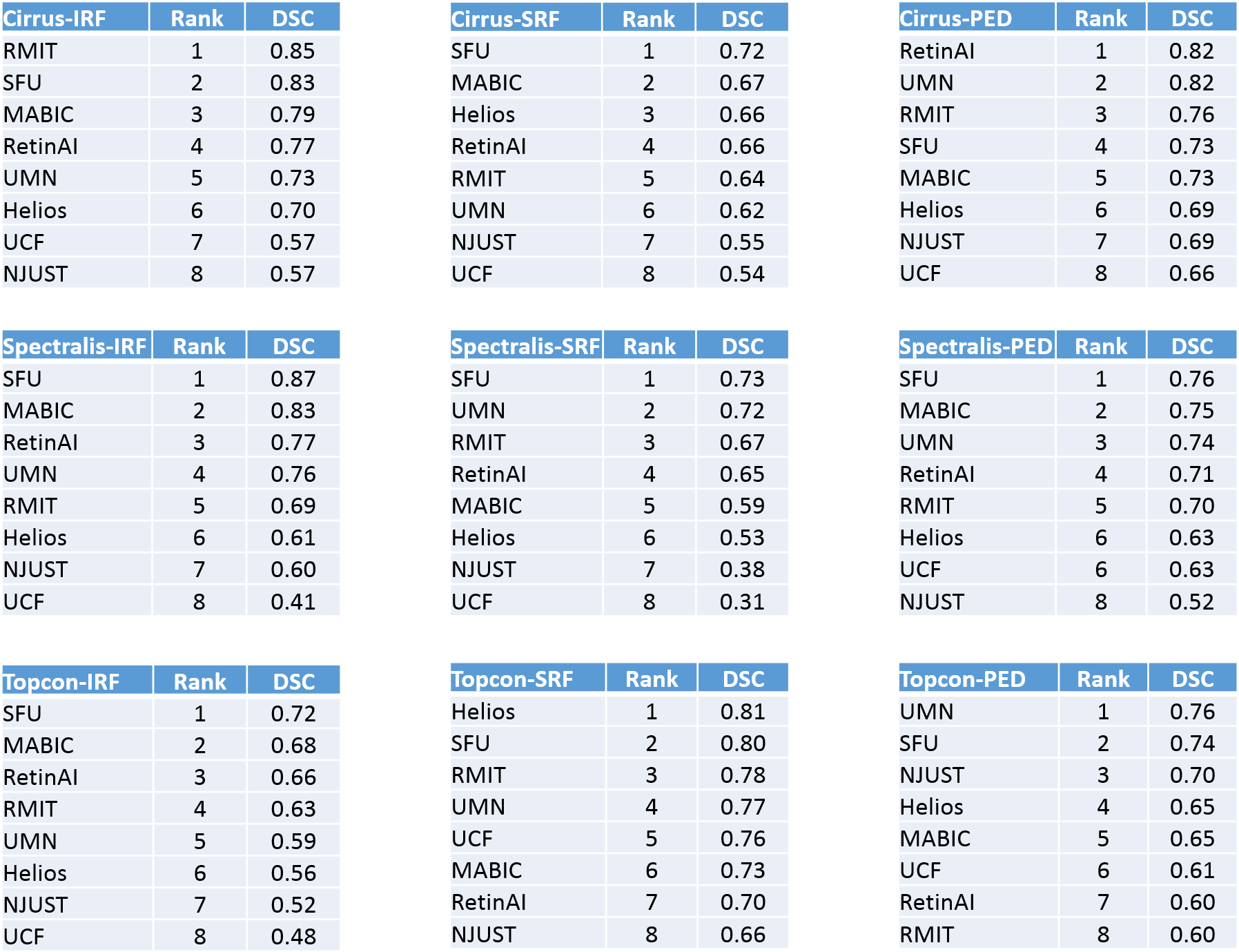 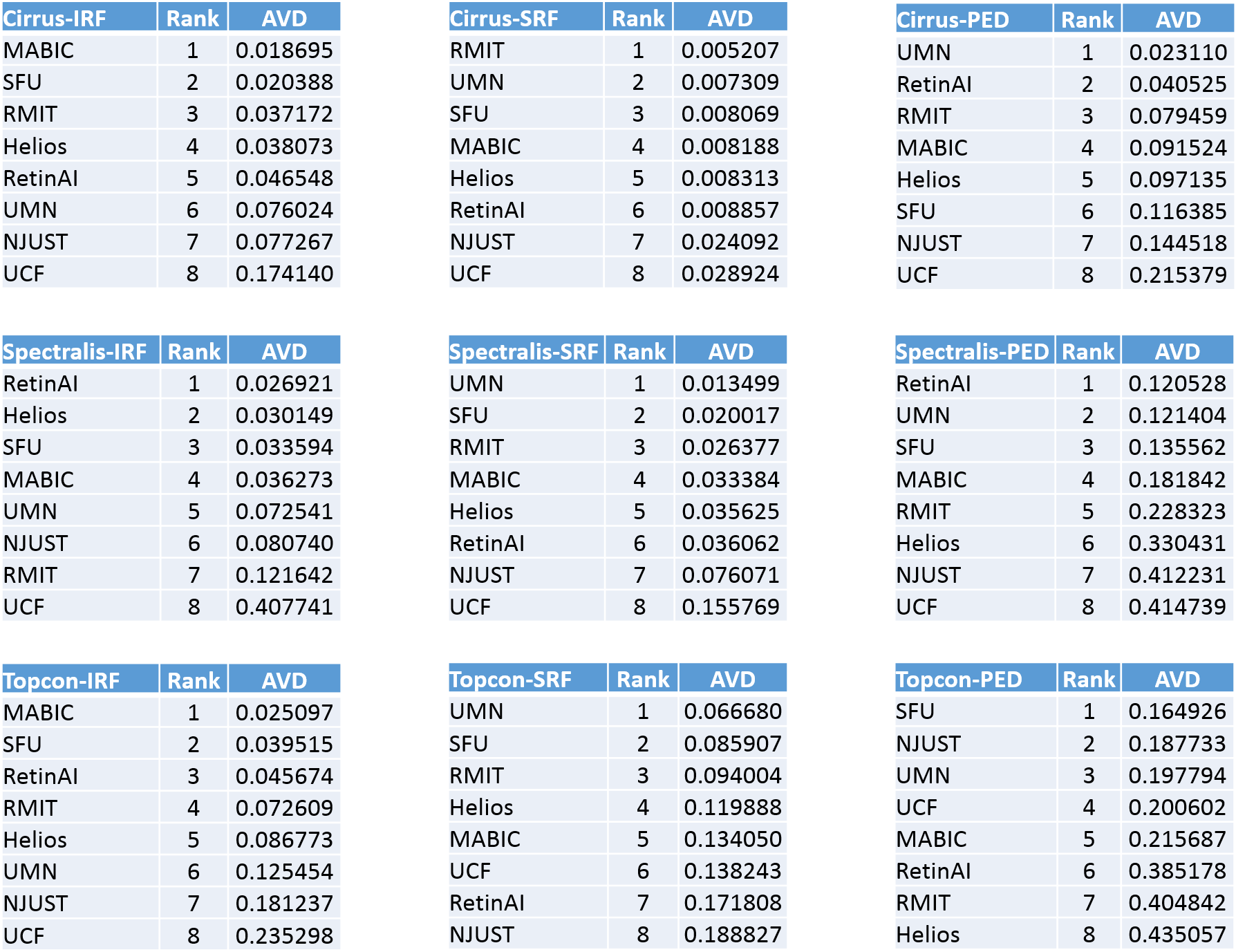 For each fluid type (IRF, SRF and PED): the Receiver Operating Curve (ROC) was created across all the test set images and an area under the curve (AUC) was calculated. Each team received a rank (1=best) for each of the fluid types based on the obtained AUC value. The detection task score was determined by adding the three fluid type ranks. The team with the lowest detection score was ranked #1 on the detection task leaderboard. 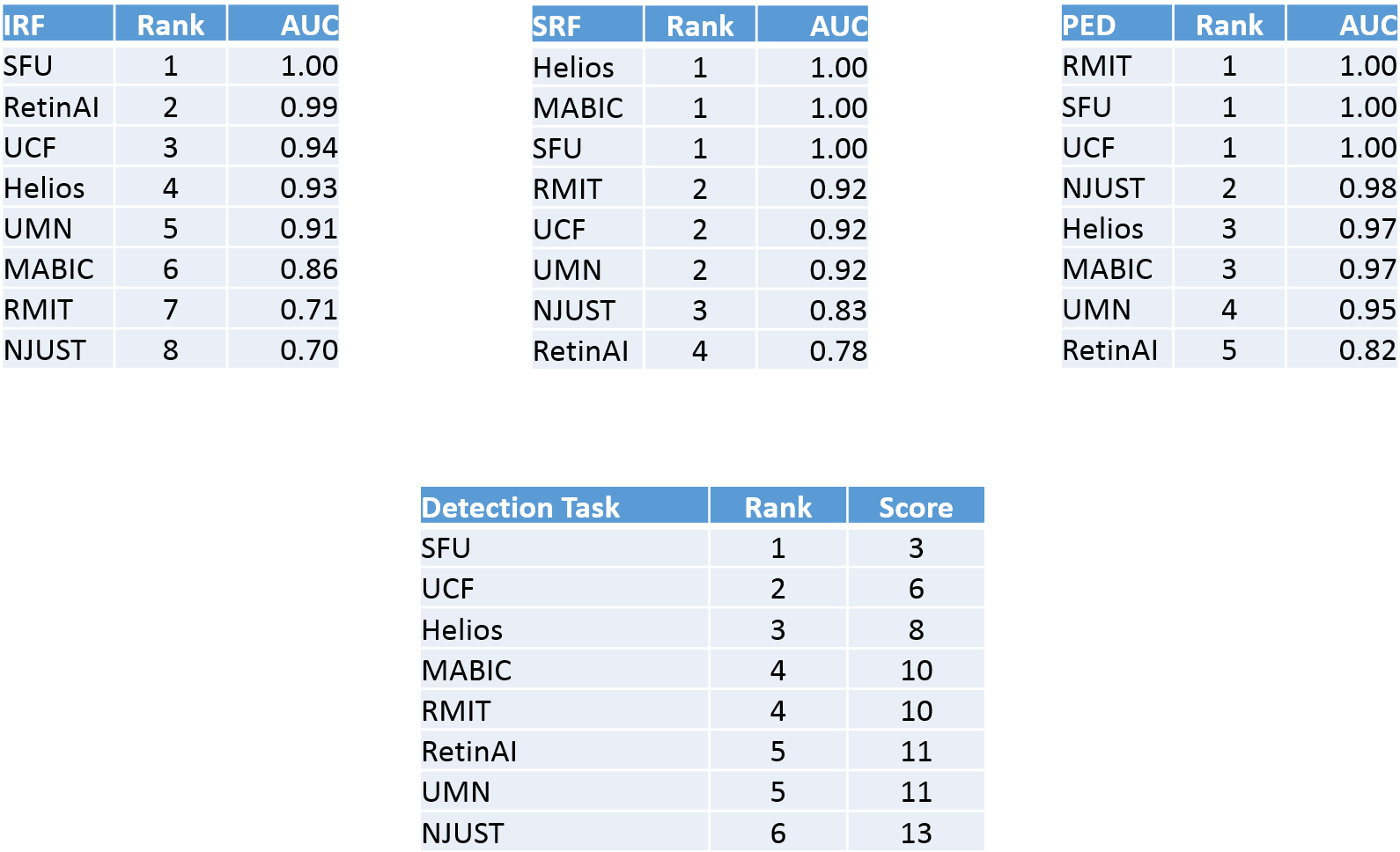